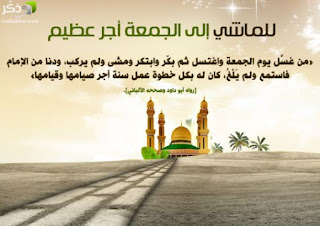 مارس 19, 2016
The Second Imam, al-Hasan (as) Born in Madina 15th Ramadan 3rd year of Hijri. Elder son of ‘Ali and Fatima, grandson of the Prophet of Islam. When he was born and the news of the birth of a grandson was conveyed to the Holy Prophet he came to the house of Fatima, took hold of the baby in his arms, said Azan and Iqamah in his ears and said, this is a beautiful child, I name him Hasan. He will keep Islam and Muslims safe from the hands of its destroyers. Historians note that this child looked like his grandfather the Holy Prophet in looks and in manners. Under the blessed shadow of the Holy Prophet Hasan was receiving his training from the most blessed parents on earth. Coming to the mosque of the Prophet, listening to the Sermons of his grandfather and seeing Islam prosper was the lesson one can never forget. Whenever he came to the mosque, the Holy Prophet would pick him up, would let him sit beside him and let the attentive companions see and behold who this boy was
إرسال تعليق
قراءة المزيد

مارس 19, 2016
The First Imam, ‘Ali (as) Ibn Abu Talib It was Friday 13th of Rajab 30 Amulfeel Hazrat Fatima binte Asad, the wife of Hazrat Abu Talib entered the precincts of the Kaaba and prayed to Allah saying O’my protector ease my pain.’All of a sudden the wall of the Kaaba opened up and she, as if by some unseen force went inside the Kaaba and the wall closed. ‘Ali (as) the youngest son of Abu Talib was born inside the Holy Kaaba. She stayed inside for three days. On the 3rd day she came out through the door and Muhammad was waiting outside. She told Muhammad (S) that the boy had not taken any milk. Muhammad gave him the first feed from his mouth and afterwards asked his uncle Abu Talib that he wished to adopt the baby. ‘Ali entered the house of Muhammad from the very first day of his birth. ‘Ali’s mother Fatima binte Assad Also lived there who looked after his own son as well as Muhammad (S) so much so that later the Holy Prophet used to say that she was like his own mother.
إرسال تعليق
قراءة المزيد
المزيد من المشاركات